The number of sales recorded fell 11% in the first quarter compared to the same period a year earlier, but the average sale price increased 79%. That jump was driven primarily by transactions between $2 – $5 million, which jumped 71%, and sales above $5 million, which grew 83%, compared to the first quarter of 2018. Sales in the luxury market (above $3 million) grew 33 percent. The acceleration on the upper end of the market skews the overall average and median sale prices, which emphasizes the need to consider each segment independently. 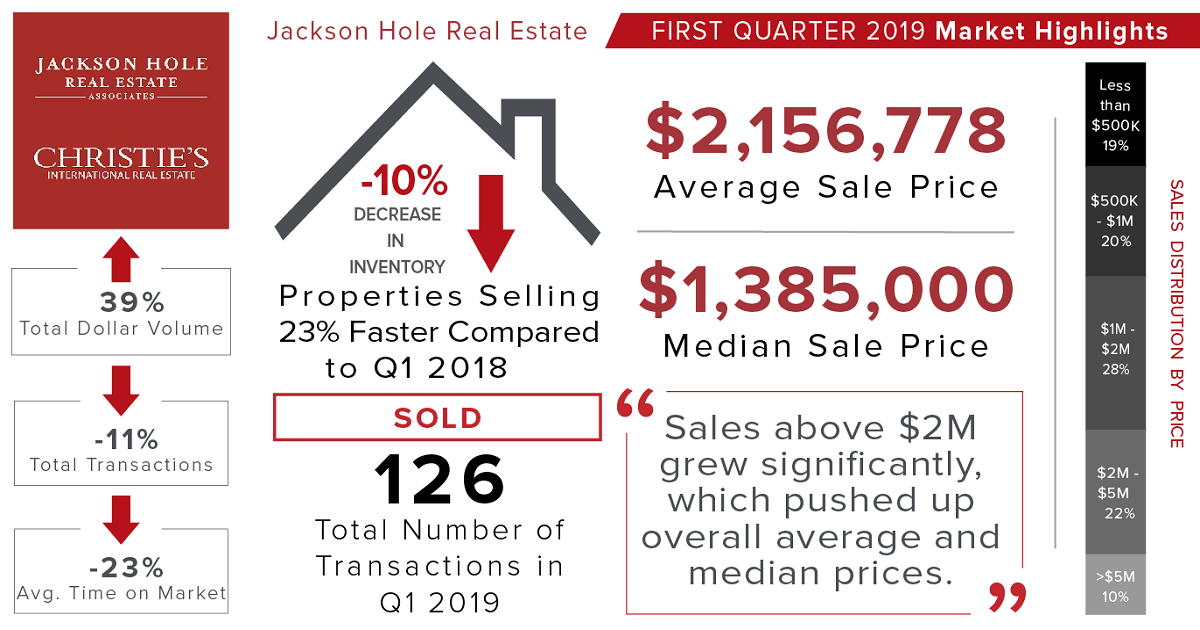 Single-family homes made up the lion’s share of transactions, 44%, followed closely by condominiums and townhomes, which accounted for 40%. Overall, inventory dropped again, down 10% from the first quarter of 2018. Properties are also continuing to sell faster, with the average time on market down to 176 days.